In Part 1 of our interview with Ken Goddard, we learned about him founding the U.S. Fish & Wildlife Service Forensics Laboratory in 1979 and the vast range of cases he and his staff investigate. Read on to learn about a particularly adventurous case Mr. Goddard worked on in Alaska and his forensics staff’s diverse expertise.

The Feather Atlas is just one of the many resources the U.S. Fish Wildlife Service’s Forensics Labs employs and shares for identifying wildlife species.

CJSI: What is one case you have worked on that sticks out in your mind?

KG: Ha, that would have to be our infamous headless walrus case in which three of us from the lab (our chief pathologist, our chief criminalist and I) flew along the Alaska Coastline—specifically, the Steward Peninsula—for eight days, landed on the beaches, hopped out of the small planes, put on bright yellow protective suits, and then proceeded to cut open large, decomposing, headless and very smelly walruses that had washed ashore (after having ‘cooked’ at the bottom of the Arctic Sea for about 30 days until they floated back up and then baked in the sun for several days/weeks until we got there). Whereupon we waded around on our hands and knees in the decomposed walrus guts, searching for bullets or MIG cannon shell fragments, while native Eskimos watched us with binoculars and scoped rifles in off-shore boats, probably thinking we were crazy people.

The point of the investigation was to see if we could prove the walruses washed ashore without their heads (indicating a wasteful and thus illegal harvesting of the tusks), or if they washed ashore with their heads as the result of being used as strafing targets by off-shore Russian MIGs (as the young native suspect-poachers claimed).  In doing all of this, we managed to crash one of the planes (no one was hurt), sank a jeep in a freezing arctic stream, and had to wade across another freezing arctic stream to get to our survival and CSI gear. All said, not hard to see the young native’s POV regarding our sanity. 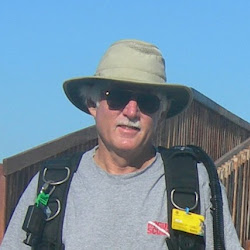 CJSI: How many staff work in the lab and under what specialties? Do some still go out into the field?

KG: We have 22 forensics scientists in our lab, divided into five areas of wildlife forensic science: Morphology, Genetics, Veterinary Pathology, Analytical Chemistry and Criminalistics (police forensic science), in addition to 12 support staff.  As you might imagine, the task of developing verifying protocols to positively identify the species source of hundreds of wildlife parts and products, and then making those identifications on the thousands of evidence items submitted to us each year keeps us pretty busy.  While we do occasionally go out into the field to assist with investigations (I’ve had the opportunity to try to apply my land-based CSI expertise to working damaged coral reefs as crime scenes … which meant I had to quickly learn to scuba dive in our very cold Oregon lake water before I could go out to the much warmer reefs), we’re usually much more effective and efficient when we stay in the lab and let the agents and game wardens to the CSI work.

CJSI: Since your lab is the only forensics lab devoted to wildlife in the world, is part of your role educating organizations and acting as a consultant to law enforcement personnel around the world?

KG: Over a half-dozen State Fish & Game agencies now have at least one forensic scientist on their staff (typically using genetic analysis to ID the species source of big game animal evidence), and there are many researchers now interested in wildlife forensics, so we’re not alone. But we all need to work together whenever possible, so we recently created a Society for Wildlife Forensic Science (now comprised of over a hundred members!) in order to help coordinate our research efforts and share what we know with our national experts, as well as with the 172+ wildlife law enforcement agencies whose countries signed the CITES (Convention on International Trade in Endangered Species of Wild Fauna and Flora), agreeing to enforce each other’s endangered species laws.  And we’re also the official crime lab for the Wildlife Working Group of Interpol, so we do manage to stay busy.

CJSI: Is there anything you would like to add?

KG: Perhaps our lab website (www.lab.fws.gov), that of CITES (www.CITES.org), the Wildlife Working Group of Interpol (http://www.interpol.int/Crime-areas/Environmental-crime/Environmental-Crime-Committee/Wildlife-Crime-Working-Group) and the site for our Wildlife Forensic Science Society (http://www.wildlifeforensicscience.org) in the hope that your readers will be curious enough to dig deep into this truly fascinating area of forensic science.

If you are interested in learning about career opportunities with the U.S. Fish & Wildlife Service Forensics Laboratory, visit http://www.lab.fws.gov/jobs.php. If you are a fan of crime-thriller novels, pick up a copy of one of Ken Goddard’s published works of fiction: http://www.kengoddardbooks.com/descriptions.htm